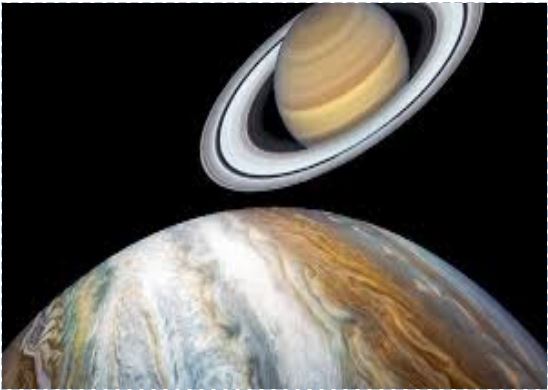 Myer takes the audience outdoors to view the Moon, Jupiter and Saturn through the six-inch lens of the library’s reflector telescope, following an audiovisual presentation in the meeting room. Myer earlier gave the big scope to the library. He is certified as a Master Observer by the world-wide Astronomical League of amateur observers.

As the moon nears its fullness, many of its craters and mountains are becoming visible. Jupiter will be in position to show its stripes and belts–actually the tops of gas clouds that comprise the planet—and as many as four of its moons in orbit. Saturn will be showing off its rings, easily visible with the telescope.